Just wanted to share some old photos with our visitors. These are from the Hopson & Taylor Archives, the President took these photos back in the day. These photos were taken in 1986 at the North Carolina Harley Davidson Dealers Association Spring Rally in Myrtle Beach, SC.

Marion Owens and his wife hanging out in their van with his Twin Engine Harley Davidson Shovelhead Nitro Methane Drag Bike. 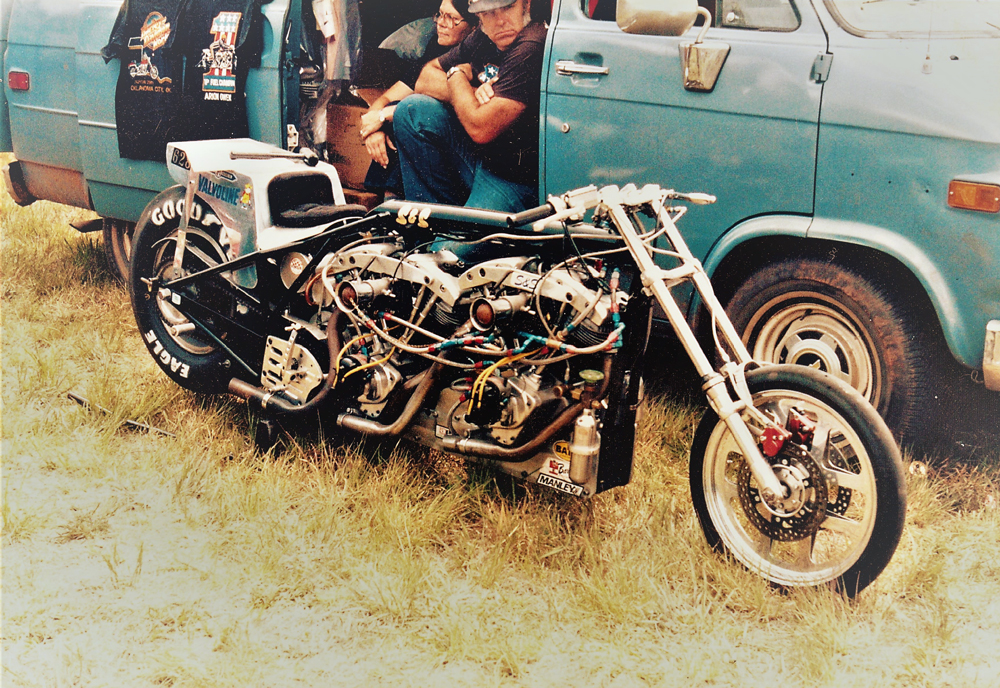 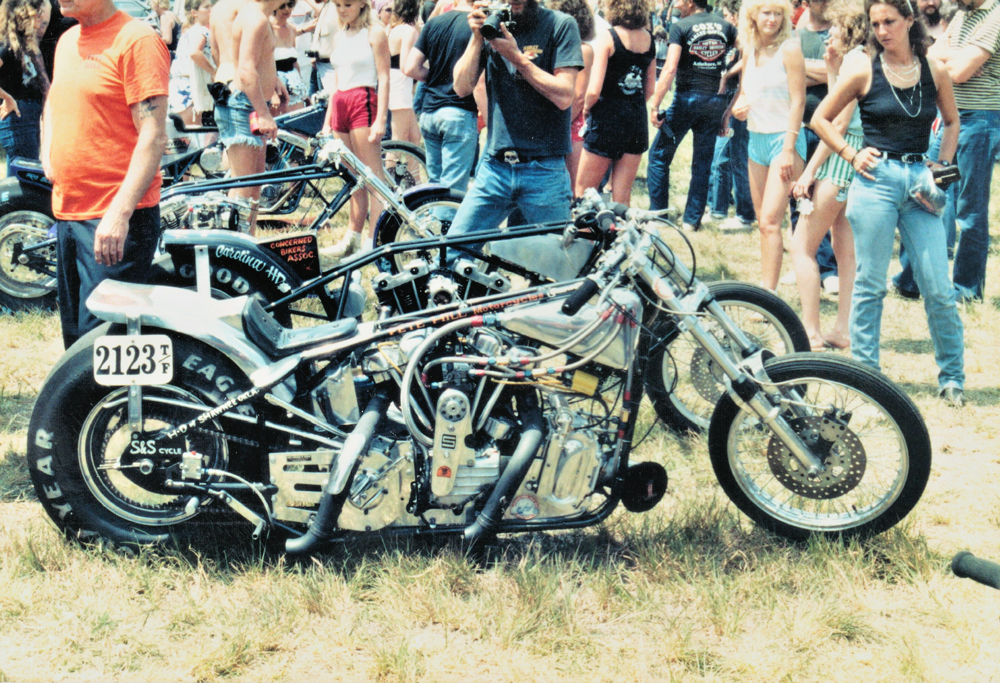 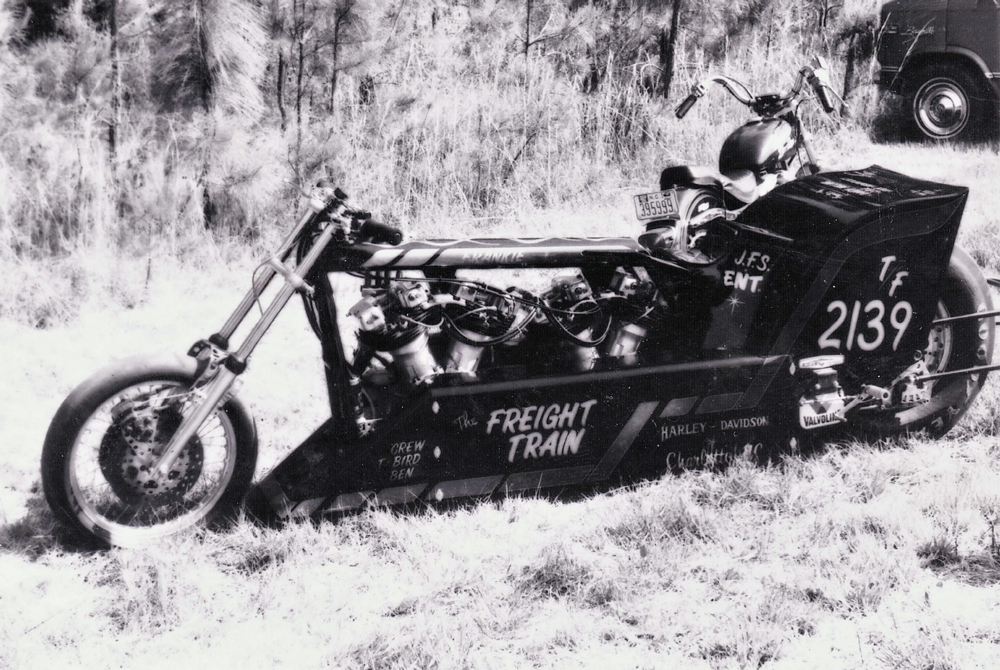 Mac Thrasher putting down a pass in North Myrtle Beach. 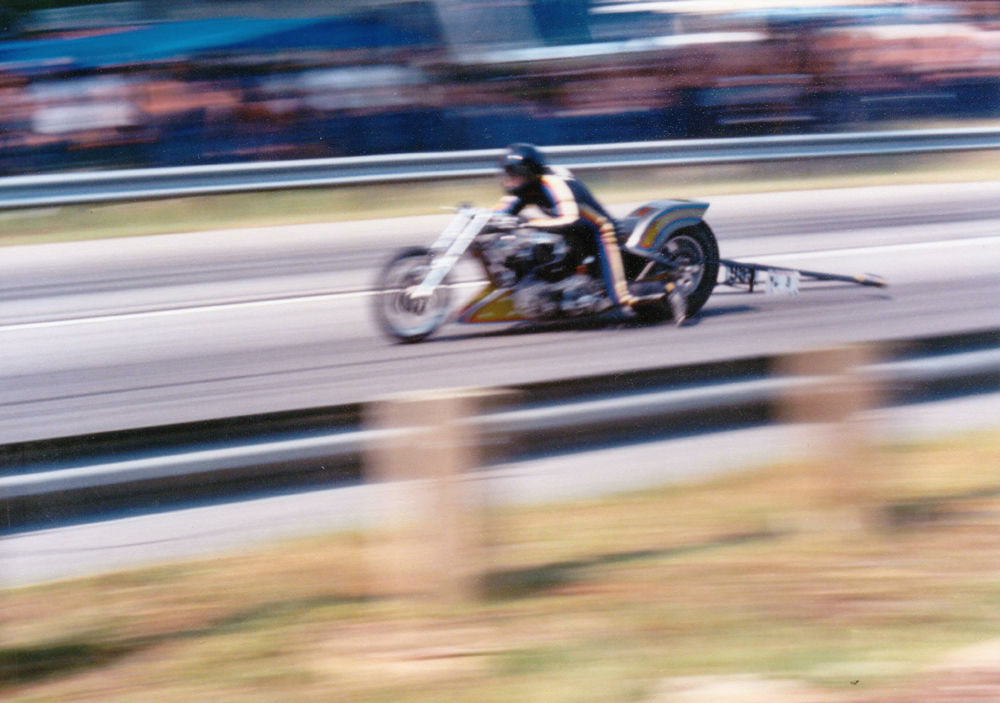 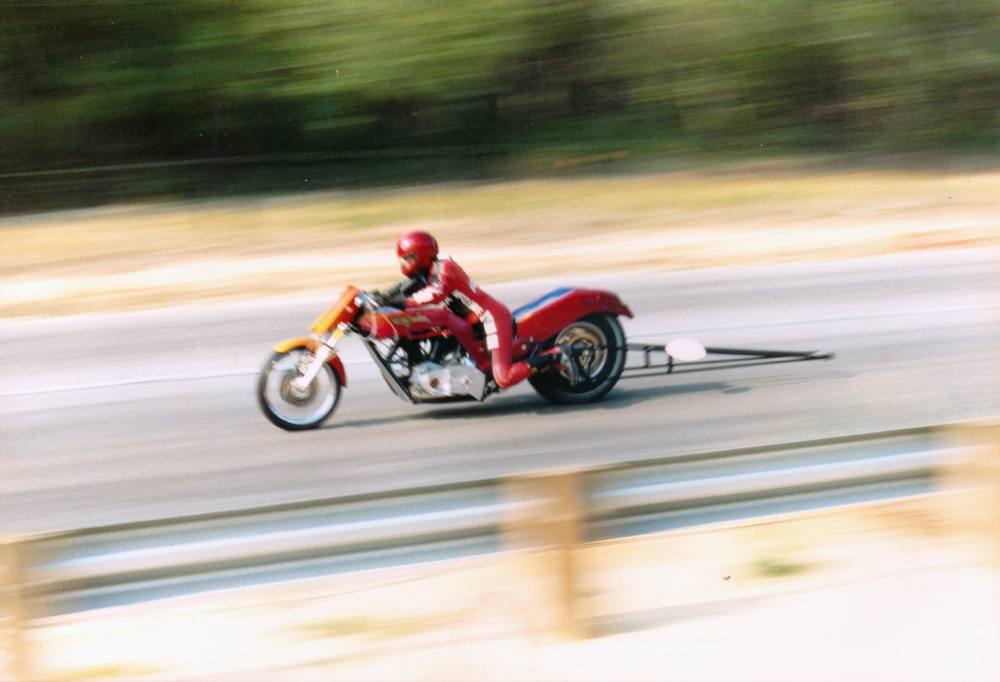 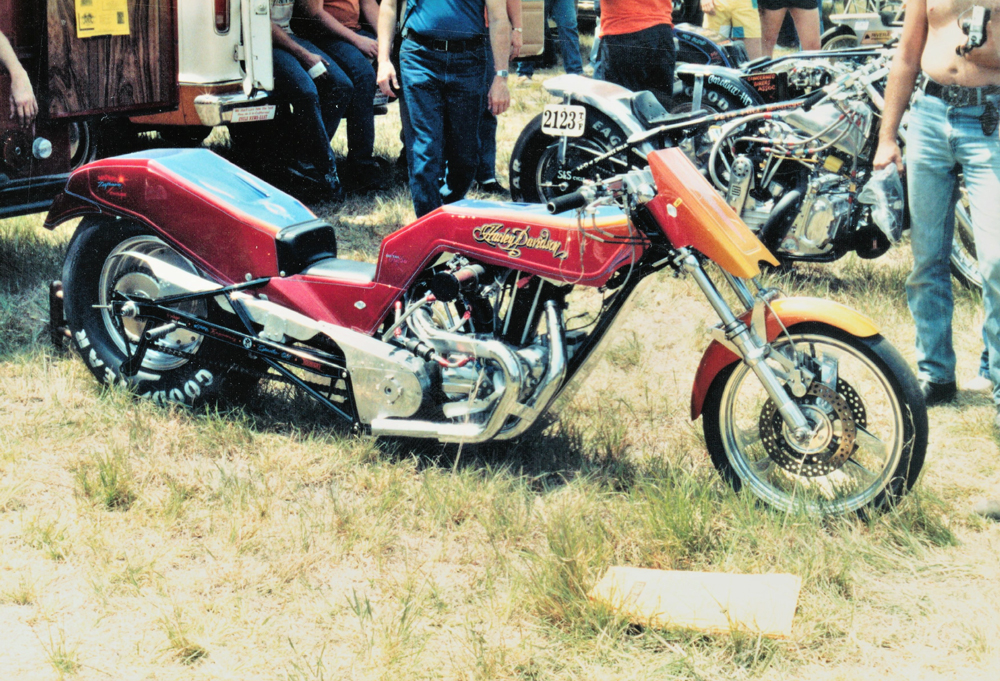 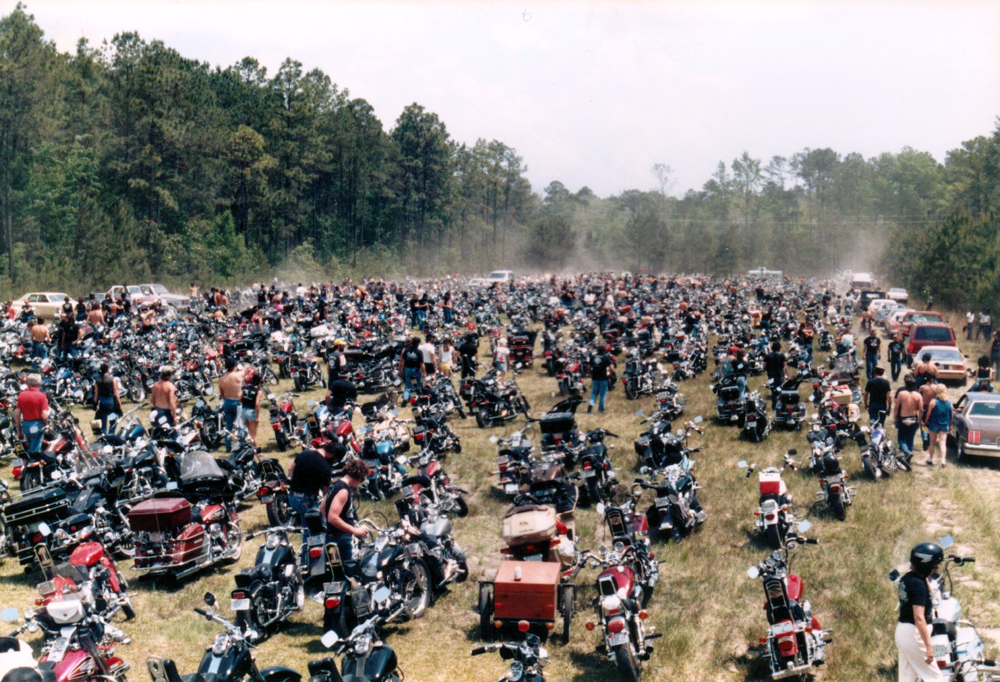